You are here: Home / Raider of the Lost Parks 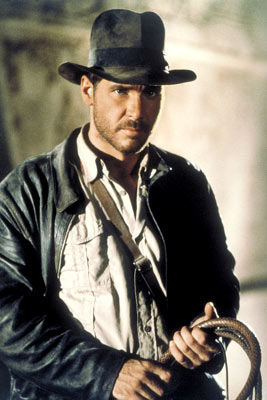 As I wrote in June 2007, the worst that could happen for mobile home parks occurred long before the collapse of the housing markets or the onset of recession.

With the right investment plan there is a window of opportunity to make outrageous profits with small and mid-sized parks. As is often the case, investors with the knowledge to solve a growing problem will make six-figure gains in a relatively short amount of time.

How do you screw up renting dirt?

As silly as that heading might sound, it’s not hard to do. Park owners screw up one of the easiest investments in the universe by renting mobile homes instead of the spaces.

A mobile home park has three attributes that make it a superior investment. To recap:

The presence of large numbers of rental homes renders #3 inoperative, with dire consequences. Why? A well-run park firmly enforces rules regarding appearance of the homes and behavior of the residents.

Due to the expense of moving, owner-occupants tend to stay put. This creates a community spirit where neighbors know each other and take pride in their homes and the park. They also become the front line enforcers. A home site with a junky yard, poor maintenance, and rowdy inhabitants is not tolerated.

Rental homes destroy that spirit. Mobile home renters are typically the bottom of the barrel with poor credit, little job stability, and volatile family situations. They are highly transient, a collection nightmare–and when they leave, the homes often require rebuilding, increasing normal maintenance expense by 20% or more.

But worst of all, their presence drives away owner-occupants. The result is a high-maintenance, low-return nightmare that significantly lowers the value of the park.

A typical land-lease community (one that rents only spaces) has average expenses of 30% to 35% of revenue, collection losses of 5% or less, and very low turnover.

A park with 50% or more park-owned rental homes will run a 50% to 60% expense percentage due to high maintenance, personal property taxes on the homes, collection losses of 20% or more, and very high turnover.

Now look at the same park with owner-occupied homes at only 75% occupancy, with a 5% collection loss:

That’s a difference in value of $935,137. The cap rates used are arbitrary. The rental-home dominated park would likely be valued at a higher cap (lower value) because many of the homes are a liability, i.e. they’re junk and must be moved.

The projection for the land-lease park is at only 75% occupancy, and as the occupancy increases a lower cap rate (higher value) would be appropriate.

In my experience, it takes about three years to accomplish a turnaround like this, but for a $1,000,000 payoff, I think it’s worth the time.

Raiders of the Lost Parks

The owners who made these mistakes have held on by their fingernails waiting for it to get better. Now we’re in the Great Recession, and nothing is selling–much less a mobile home park with problems like these.

They are tired of waiting; tired of fixing crappy homes and chasing deadbeat tenants. They dream of selling their living nightmare and moving as far away as they can get.

Your job is to find them.

Almost every town has at least one park that fits this description. When you find it, offer the owner a quick and sure exit. In this economy, they are acutely aware that the only way to sell the park is to offer financing.

If they do have a bank loan it can usually be re-negotiated for the new buyer or wrapped with a seller-held second mortgage, with very favorable terms.

Then work your plan to convert the park into a land-lease community. Empty spaces can be filled with homes you sell and finance for owner-occupants. This is the classic “Lonnie Deal,” which makes the example above even better.

[However, DO NOT make the mistake of creating “rent-to-own” contracts. That’s often what created the problem you’re solving. Do it the way Lonnie teaches, period.]

In my 2010 Commercial Real Estate Forecast, I gave an example of a friend of mine who uses this strategy. He has purchased three small parks in Indiana, one at a time.

He bought them at extremely low valuations (~$5,000 per space) with seller financing. He paid 5% to 10% down and negotiated favorable finance terms (7% interest-only, five-year maturity).

He used the same game plan on each park. He got rid of the homes that were beyond fixing, evicted the chronic problem tenants, and cleaned the place up to improve the curb appeal for prospective new tenants. He acquires repossessed homes and sets them up in the parks to sell.

He collects a down payment from the buyers and carries the note, collecting two income streams–the space rent and the note payments.

When the parks are filled with owner-occupants he will have a choice of attractive exit strategies. He can sell the parks as a group, or individually, or sell two and keep the third free and clear of debt.

He could refinance the parks as a group or individually and extract his equity–tax free–and keep them, collecting guaranteed cash flow for as long as he likes. He can do a Section 1031 tax-deferred exchange for another property, perhaps a triple-net investment that requires no management.

That’s the road map for one of the best opportunities in real estate today, using the recessionary economy to your advantage. As always, local market conditions must support your investment plan, and market research is critical.

The good news is that almost every market has numbers of sub-prime refugees in need of affordable housing. Those folks will fill your park and make you a fortune.